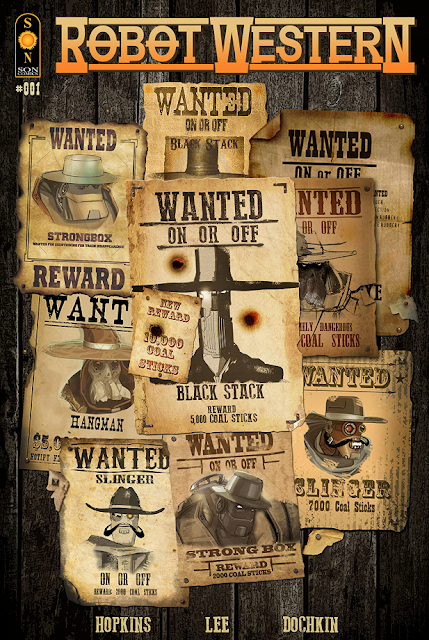 WANTED: ON OR OFF!

A band of outlaws ambush a cargo train in the desert.... but this is no ordinary Western tale: the desert is on a distant alien planet, the outlaws are robots (as are the horses) and the train is carrying 'blue-coal', a glowing mineral energy source.

A parallel strand to the adventure of the outlaws takes place ten years earlier. Robot boy Rusty moves with his parents to a new home when his father sets up a blue-coal mine. After his father is damaged and can no longer work, Rusty decides to set out to Dodge City to find a way to provide for the family. It is not obvious how these two threads come together later, but the reader is teased by the prospect that, somehow, they will....

Lee's art is bombastic and lively. The robots are creatively varied caricatures, a combination of precise angles and organic finish. The landscapes are the vast burning desert vistas from many a spaghetti classic, populated by the sinister vulture-bats (which, again, are also robotic: the only organic life on this planet being plants).

The story, though it begins with gung-ho thrills and spills, also has narrative depth. The robot townsfolk are not alone on the planet, there are also shadowy presences out there in the alien wilderness.

As Black Stack grimly declares: "There are ghosts behind this operation." 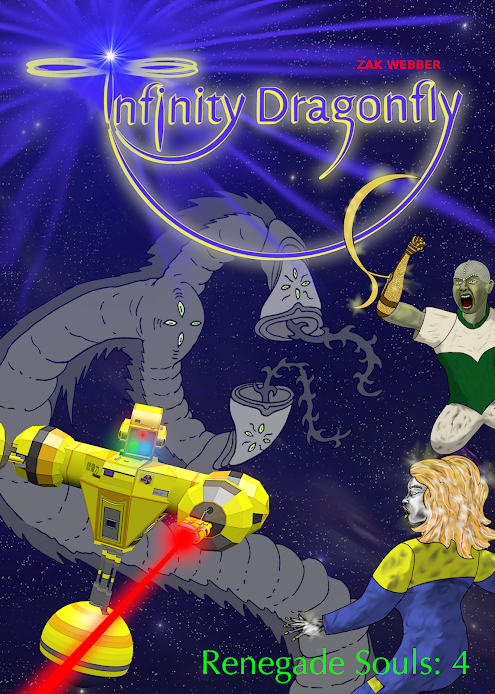 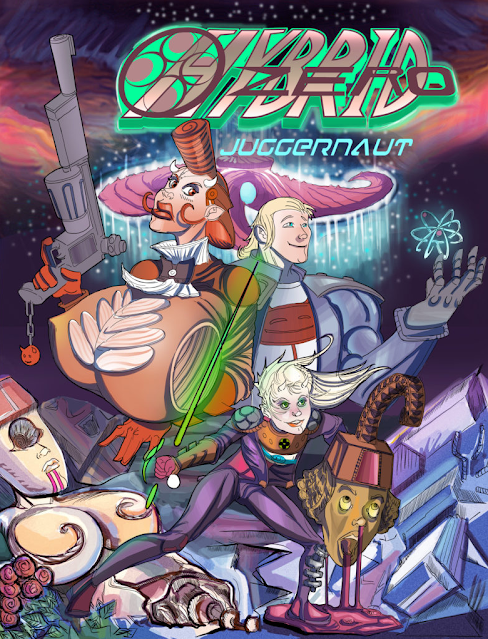